Marius could only take his shoes. What one thing would you take?

Sorry, this challenge has now ended.

Keep exploring to add your voice to another challenge.

Marius is 16. In one year, he has been evicted from his home eight times. The first time his home was bulldozed before he even had a chance to pack his suitcase. Marius lost everything - cards, identification documents, pictures, toys...

The only thing he was able to take were his shoes.

Imagine you were evicted from your home and had only seconds to collect your belongings...what is the one thing you would take?

Upload a picture of yourself with the one thing you would take and tell us why everybody needs it to make their house a home.

We will feature the most inspiring solidarity pictures and messages on the homepage of RespectMyRights.org on our official launch in October.

Being Roma and living in Italy isn’t easy. Since the beginning of this year, well over a  thousand Roma people living in Rome and Milan have been forced to leave their homes.

In many cases, like Marius, they were given no time to collect their things and were left with nowhere to go. These forced evictions continue to take place all over Italy.

A house is much, much more than a roof over your head. The right to adequate housing is a human right no matter who you are or where you’re from.

Marius could only take his shoes. What one thing would you take? 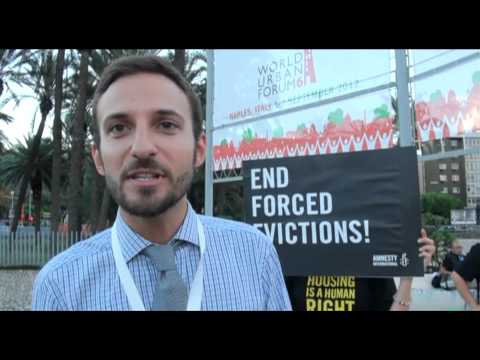 I would take my favorit book